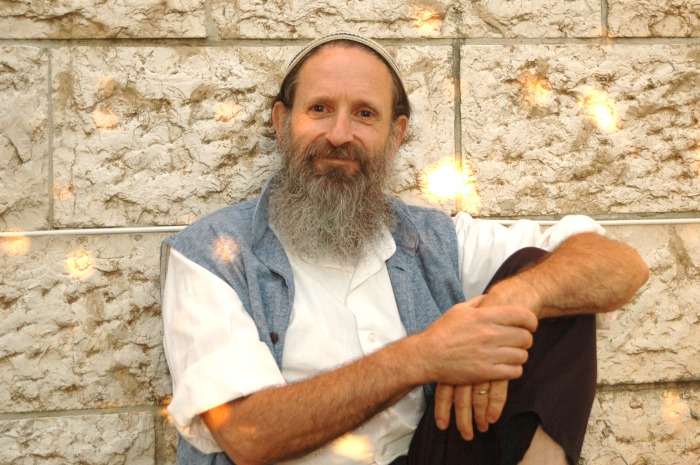 [From my interview with the late Rabbi David Zeller, author of The Soul of the Story (Jewish Lights Publishing, 2005)]

Ray Hemachandra: Rabbi, would you define transpersonal psychology? Then, explain how it partners with Judaism in your work and perspective.

Rabbi David Zeller: When I try and define transpersonal psychology, I start with just defining psychology and reminding people about the meaning of the word, as I earlier looked at the meanings of the words “Hebrew” and “Jewish.”

The term has been taken over by behaviorialists who say, “We can just make anybody behave any way we want according to whatever standards we have with the right rewards and punishment.” The focus shifted to personality — how to develop personality and so on. That also got railroaded into being more assertive, being more positive, choosing the appearance you want to have, and so on.

So I’m always reminding people: Don’t forget that not only was psychology the study of the soul, personality comes from the word “persona.” A persona is a mask. In the Greek dramas, you wore a mask with a big smile or a frown so people sitting far away could see your expression. It was also a megaphone to project the voice. Persona means to “sound through.”

The personality is a mask through which we sound, but it’s not who we are.

So, we come back, again, to the psychology of the soul. The soul is trying to give expression to itself. The personality shuts the soul down by identifying itself with the mask. And you have that classic man in the mask thing where you can’t get your mask off.

The “through” part of trans matters, too. Now you have people using trans to say “I’m beyond all that personal stuff.” So, they don’t deal with their own stuff.

At its best, when it doesn’t either become a religion on the one hand or too much of a spirituality on the other, transpersonal psychology says to a person, whatever problems you are dealing with, whether it is a very simple physical issue or a personality or emotional or mother problem, you are dealing with issues of the soul that is coming down, according to kabbalah.

That is how I use kabbalah in transpersonal psychology. The soul comes from this highest dimension — this realm where the soul, in a sense, is one with God — and as it descends, it gets this energy in order to become matter. For the infinite to become finite, the soul goes first through a more mental realm, then through an emotional realm, and then all the way down to the physical.

Transpersonal means helping people work both on themselves physically, from martial arts to massage to healing to a whole wide range of recognition of what this physical body is, and then also doing the emotional work, working on what I call the emotional body.

It’s like we have four coexisting, simultaneous, overlapping bodies. This physical body is overlapped with this emotional body that extends out beyond the limitations of the physical. The mental body overlaps and extends beyond the reaches of the emotional.

In the same way, we know the Earth is going around the sun, but we still say we’re going outside at night to watch the sun set. Instead of saying, “Sit down, and feel the Earth rolling backward — and be careful you don’t fall off!” (Laughs.)

So, for me, transpersonal was the recognition of this totality. Kabbalah gave to me the understanding about how everything evolves from the highest — from what we could call the world of vision — down into a world of blueprinting, the mental putting the vision somehow together. Then it descends down into the emotional and then into the physical.

So, there are a lot of teachings in kabbalah that, for me, have been very important in the ways that I use it in holistic health and in healing.

We need to recognize that they are not separate bodies. They all overlap. There are ways I can now focus on my mind from the physical, pulpy, gray-matter brain to the emotional realm that circulates within that pulpy thing to the realm of mind that has the ability to see so far beyond the outer. So, there are ways of helping a person open up from their sense of themselves as this dense, physical being.

I often will do meditations that bring people to an awareness of their weight in gravity. I say, “We know all matter is made up of molecules with a vast amount of space between them. And the molecules are made up of atoms with vast amounts of space between them. And those atoms are made up subatomic particles with infinite spaciousness. Do you realize there’s more of you that isn’t than that is?”

Yet our entire education — culturally, religiously in every way — has us focused on, “I am this solid thing here.” The importance of alternative healing is to remind us we are energy. Real healing can take place with light, with color, and with energy. It’s not a bunch of nonsense, although it can be practiced in very nonsensical ways, but it is based on pure physics, pure knowledge, and pure consciousness.

So, then, kabbalah tries to help us negotiate this delicate balance. In Judaism, we are told to be in the physical world. Our goal isn’t to think that the sooner you realize this is an illusion, you can get out. We say the sooner you bring spirituality down into this physical realm, the sooner you can bring about a healing of the world.

So that’s, for me, this dance between transpersonal and Jewish spirituality — kabbalah — is really reflected in this kabbalistic teaching of the four worlds as spirit, mind, emotion, and body, in that order as it comes through.