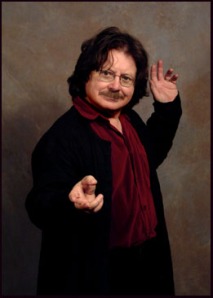 Ray: Given the resistance to the subject matter of fairies, it must have taken some endurance and perseverance to stick with it.

Brian: Looking back, it seems like it was an incredibly brave act for me to do.

But once you step onto the fairy path, it’s almost like there’s no way off. You have to keep going.

However, in certain periods of doing that, the world was just saying, “You’re mad. Do something else. Why don’t you paint dragons?”

The world wasn’t supporting me in terms of finances, because nobody wanted this stuff.

So I don’t take credit for painting this stuff but rather for not giving in and giving up. I still somehow believed in it and kept going.

Now fairies are becoming much more popular. I see fairyland as this big sea, and the tide is sometimes out.

The tide is sweeping in now, and it seems to me that humans are becoming closer to fairies — that the barriers between fairies and humans are thinner now than they’ve been in a long time.

*Learn about Brian Froud, Wendy Froud, and their amazing artwork at www.WorldofFroud.com, and read more of my interviews at Hemachandra.com. I did this interview for New Age Retailer magazine.