Since Franklin Delano Roosevelt became president in 1933, 84 years ago, only once has a presidency not stretched: with the electoral loss by one-term president Jimmy Carter to Ronald Reagan in 1980.

Once we account for the stretchedness of presidencies—seeing vice presidents replacing and becoming presidents as part of an uninterrupted unit with the presidency in which they originally served as vice president—we see that since 1933 in the United States parties have alternated being in power at the presidential level in stretches, as we’re defining it, again with the exception of President Carter. Equally importantly, parties have not held power for longer than those stretches: it has been nearly 90 years since someone who was not vice president has taken presidential office following someone of the same party without the other party winning office first. (The last time such a transition happened was when President Hoover was elected in 1928 and replaced President Coolidge, another Republican.) 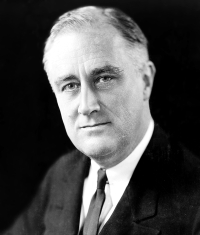 Finally, setting aside the notion of stretched presidencies and extending our look simply to parties in power at the presidential level and their tendency to alternate in blocks of time of eight or more years: the last time other than the Carter presidency that a party didn’t have at least eight consecutive years in office was during the presidency of Grover Cleveland, a one-term Democratic president from 1893 to 1897. Subsequent to that, leading into the above list of stretched presidencies:

In other words, with the sole exception of the four-year, post-Watergate, post-pardon term of President Carter, Democrats and Republicans each have held control of the White House for stretches of eight years or more unceasingly for 120 years.

Roots
Last one—sweet treats today
Van Gogh’s “Snakes”
Linville Gorge and Falls Wilderness Heritage Area, North Carolina
💚
Love is alive in Asheville? Well. Let’s hope so.
I wrote some reflections about the death in December of an autistic, Black, intellectually disabled boy with Down syndrome in a piece that posted today on my site (link in bio or type in www.rayhemachandra.com). I invite you to read it. #autism #downsyndrome #idd #intellectualdisability #iddequity #disabilityrights
Korean lunch at Stone Bowl
I took this same pic of my son Nicholas (posted on FB), and then we switched positions and he took a snap of me on a snowy Sunday morning. #weekend #snow #nature #naturelovers #today #instagood #instadaily #photooftheday #picoftheday #bestoftheday #pretty #igers #trees #outdoors
Loading Comments...
%d bloggers like this: